D&T has also been very successful with multiple design build projects within the greater Calgary area for the past 5 years.

Today D&T continues to operate as a prime mechanical contractor throughout southern Alberta; overseeing multiple multi-faceted projects and maintaining a high standard of quality and safety, as well as an exceptional level of professionalism on construction sites. 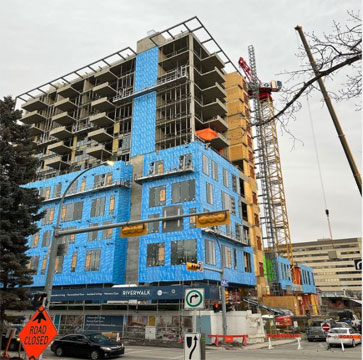 Pulling from substantial experience in the commercial construction industry we are driven to be a diverse prime mechanical contractor with an adaptive mindset and commitment to safety and people. The ultimate goal being customer satisfaction, we strive to complete every project with the highest levels of quality and efficiency.

With regular meetings and ongoing commitment to safety through education and training, D&T has made a significant investment in the safety of its staff and the people around them. We have an open culture when it comes to job site safety and our highest priorities are preventing incidents and eliminating potential hazards for not only our staff, but the other trades around us.